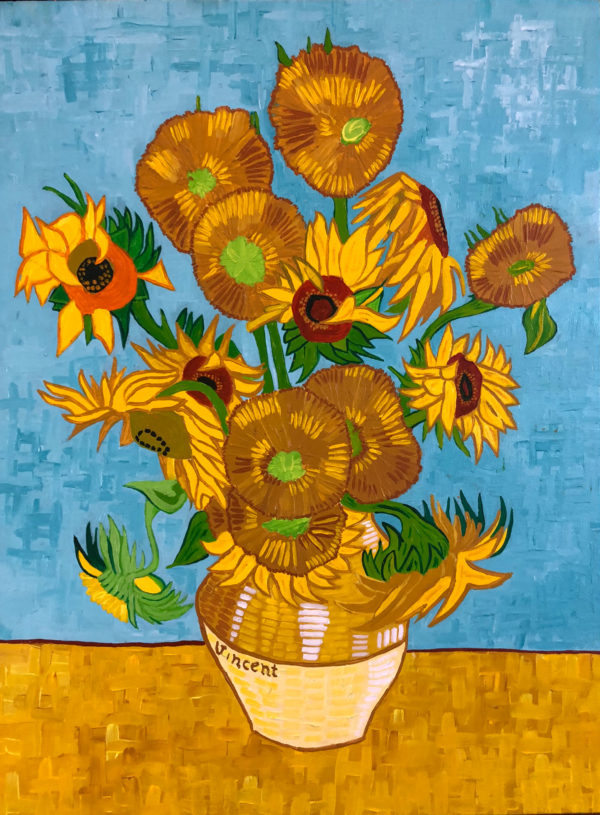 Anyone who loves art, invariably has come across Vincent Van Gogh’s paintings. They look childish, and on a quick glance you may rubbish it as worthless. I too struggled with some of his paintings, although some were too beautiful to ignore. Its wrong to think that people like Van Gogh, Monet do not know how to paint the traditional way. They went to good art schools, and some of their earlier work is realistic. However that is boring. These revolutionaries realized that as well. The idea was to create your own technique and fall in love with a method where people would see your work and recognize who its painted by. Vincent believed in bold colors, and thick paint layer, this is really difficult. To be able to see things from another perspective, and to break it down into short dashes of lines, or bold blobs of paint is the mark of a master-craftsman. In his lifetime with a career spanning perhaps just 10 years, Vincent made close to a thousand paintings and sold just one. His brother remained a source of income, as well as someone who pushed him to continue to paint. Everyone needs such a solid dependable person in life. How much he loved painting and sharing it with his brother is obvious in the endless letters he wrote to his brother describing the paintings he has made, and even doing a rough sketch of them in the letter. Its using these letters that help identify the fake from the originals, and also help get an idea on the missing/lost paintings of his (since he mentioned/sketched it in the letter). A long lost painting of Vincent was finally found as an under-layer to another painting of his. So passionate was Vincent that he even painted on French kitchen rag cloth (the canvas ones, which are off-white, and have red stripes in the end, they are very common in India as well).

Before I started with this painting, I read a lot about Vincent, including what art experts had to say. I saw the closeup of his paintings to understand the thick layer of paint he would use. I decided to get ideas from multiple sunflower paintings he made, and tried to even understand the color loss that might have happened over time. I took the background of one painting, style of another, shading of another, and added some style of my own. Its obviously nothing in comparison to the master, but I am happy to have this painting on my wall. The toughest part was working with thick layer of paint, its difficult to shape it in the way you want, and needs practice. Below an idea of what I mean when I say thick paint. 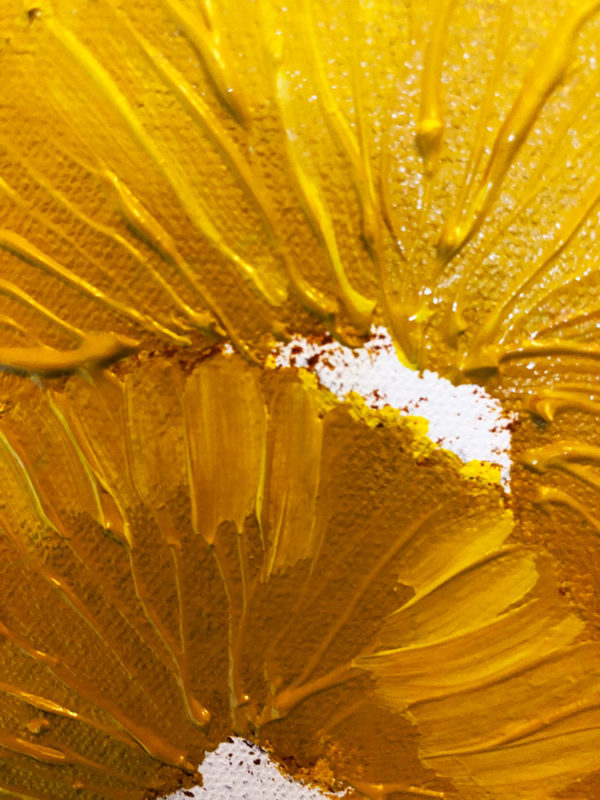 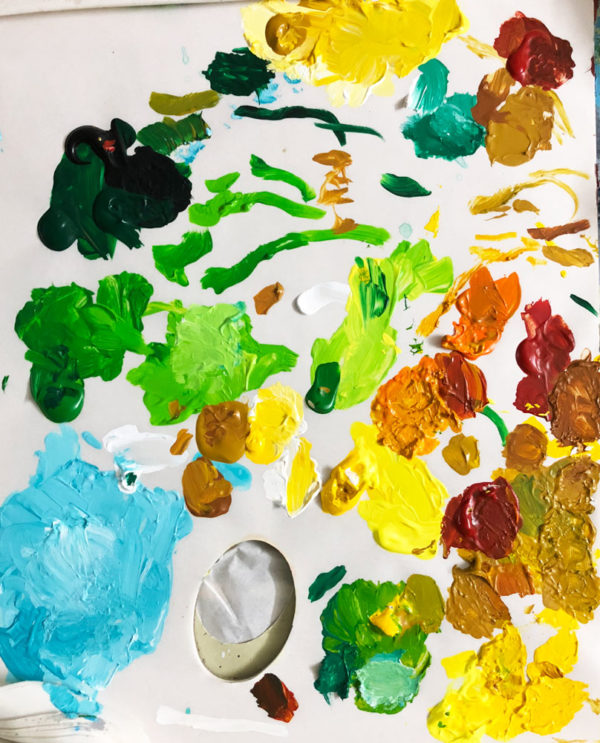